Marching Memes 3 - and a new topic

Sorry, Ken. I've got to give you 2 out of 3 for your last post. "Imperial March" is a great addition to the list. "Green Acres" makes a valid marching meme -- the show hasn't been on for years, but everyone catches the reference.

I think any band that played "Three Blind Mice" after a call would earn their team a penalty of some kind, though. And besides, that's much too obvious. It may be a little on the subtle side, but Cory Hart's "I Wear My Sunglasses At Night" might sneak under the radar.

Orange has continued its losing streak. Maybe the band should play a little "Livin' On a Prayer" (Van Halen)? More additions are welcome. I'll compile a master list at the end of the season.

New Subject
So its that time of year again, and everyone's pitching consumer electronics as the perfect gift for your spouse/child/relative/coworker/paramour. But what would the perfect gift be? One of the problems with these kind of gifts is that they usually bring other unanticipated things to the table.

For example: an MP3 player for your pre-teen might seems like a good idea. All the kids have one. But when you purchase an MP3 player you kind of lock into a format. Is the recipient a big iTunes user? Those files only work on iPods. Get something else, and the recipient is looking a massive file conversion project. What about memory size? Get one too small, and its practically useless. Buy something with a hard drive for someone into running track, and you're giving them a player that will soon be on the fritz.

So, Ken (and loyal readers), what kind of consumer electronics device would make a great gift without requiring a lot of hookup or unpleasant incompatibility problems? Believe me, enquiring minds wants to know!
- Ralph
on October 29, 2006 No comments: Links to this post

When your team takes the field -- "Imperial March" from Star Wars Trilogy (best if your team wears black...)

A bad call from the ref -- "Three Blind Mice"

Balls in your court, buddy...

Email ThisBlogThis!Share to TwitterShare to FacebookShare to Pinterest
Labels: memes

Return of the Marching Memes

Another edition of "Friday Night Lights" (the Orange County version) has come and gone, and I can't get the concept of marching memes out of my head. For those who came in late, I'm calling any of those short little musical quotes marching bands play in the stands "musical memes." These little song fragments have, in some cases, been off the charts for over a quarter of a century, and yet everyone know them.

In one sense, they're serving a similar purpose to ringtones -- they're a musical shorthand. I keep thinking that it might be possible for a band to provide running commentary throughout an entire game just by playing 16-bar song quotes.

So here's the challange: think of a musical meme that would work for a football game. It must be short, have an identifiable melody, and words that everybody knows. And it would be helpful to list its purpose. I'll add to the list as I think of things -- and hopefully Ken will have some more. And maybe you will, too.

Team losing with a big lead
"Where Did Our Love Go?" - Supremes

Email ThisBlogThis!Share to TwitterShare to FacebookShare to Pinterest
Labels: memes

Paying for the play 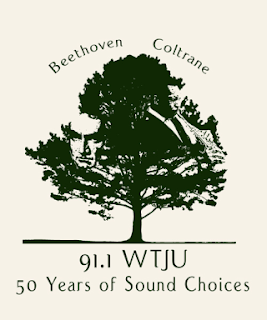 Thanks to the Internet, this is no longer a purely local post. WTJU-FM, the station I volunteer for, is having their fall fund drive. The goal is to raise $80,000 over the course of the next two weeks. So far, we've raised a little over $10,000, which is a criminally small amount when you consider how many people listen, not just within the Charlottesville area, but worldwide through WTJU.net.

Fundraising for public radio is always tough -- if a listener doesn't give, there's no perceivable consequence. They still get the same signal as the folks who contribute money to keep the station going. But there are consequences, and when they happen, they're usually major.

Sometimes its a change to a more lucrative format, such as WETA's discarding classical music to go all news/talk. In other cases, such as the sale of WVXW to the Christian Voice, its the death of a public radio station and the birth of another religious broadcaster.

For the Charlottesville market, there are three other non-commercial stations: one plays alternative rock and Americana, two run NPR news and classical. WTJU's classical and jazz programming is far more adventuresome than our focus-group programmed colleagues, and our rock and folk department -- unlike our distinguished competition -- isn't concerned about what the charts decree is hot, only what sounds good.

WTJU's getting ready to celebrate its 50th anniversary. Will it be around for another 50? And if so, will it have the same character? A lot depends on the individual listener -- and their decision to whether to pledge or not. Which is as it is for every non-commercial station. 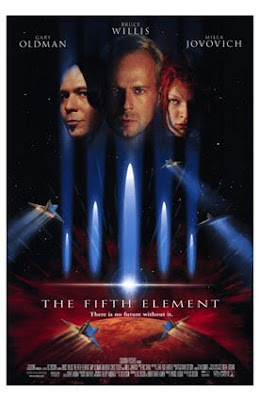 Denon gave a presentation for their new products this past week that Ken and I were able to attend. One of their showcase items was their new DVD player, the DVD2930C. To demonstrate the quality of the signal, they did an A/B comparison. They connected the 2930C and a Blu-ray player to the same receiver, feeding into the same flat-panel display. They then flipped back and forth between the two sources, showing the same scene from the same movie, "The Fifth Element" -- a perennial favorite for video demos.

The challenge for the audience was to determine which was the Blu-ray and which was the DVD. After moving back and forth a few times, most of the A/V professionals in the room could tell the difference.

Denon made their point. With a top-notch DVD player, you can come very, very close to the picture quality and detail of Blu-ray. And they helped make the point we made back in our 9/11/06 post, "'Better' Best Be Better". Pros couldn't immediately spot the difference between high-quality DVD output and Blu-ray. Is it any wonder that the average consumer can't see what all the fuss is about?
on October 10, 2006 No comments: Links to this post

The Age of Gould 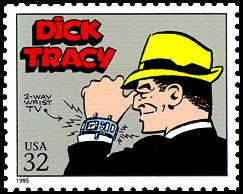 October 4 marked the 75th anniversary of the premier appearance of Dick Tracy – which led me to a contemplation of newspaper comic strips. When Chester Gould started the strip, the field was bursting with possibility, sort of the Internet today. By the early 1930's the funnies had settled into fairly high level of sophistication, and appealed to readers of all ages.


Newspaper editors, who for most part endured rather than nurtured the genre, continually pressed for smaller panel sizes, not to squeeze more comics in, but to make room for more advertising. While the gag-a-day strips coped with the compressed formats, the adventure strips suffered greatly. And that's a shame, as there was (and is) virtuoso storytelling going on here.

While I followed Dick Tracy in the Washington Post throughout my formative years, I've since given up on the strip. The creators are clearly hobbled by strictures to not stray far from the Dick Tracy staples – grotesque villains, the return of classic villains, character traits spelled backwards or used as puns for names. What's left is a living dead strip.

When Gould drew and wrote the strip, it crackled with energy. Gould never plotted – he would dump his hero into a fix, and then figure out how to get him out of it. Some of his most memorable sequences involved elaborate crimes that unraveled quickly and then degenerated into a long, drawn out chase.

Some of these sequences lasted six months to a year, but the public loved it. Today, all strips with a continuing story are pushed to keep the story arc short. And I've heard friends dismiss the adventure strips because the stories move too slow! What's the rush? As long as you're looking forward to what's going to happen next, who cares how long it takes? Some of the best strips still manage that feat today – even with reduced panels. Gould was the master at it.

While Dick Tracy has not fared well after the death of Gould, some other strips have managed to not just continue, but actually build on the accomplishments of their original creators. Below is a short list for your consideration.

So what does all this have to do with consumer electronics? Simply this: as new things come along, old things get discarded (like your eight-track tapes). And while change is good, sometimes its worth taking a moment to realize that some of what we're leaving behind is worth our appreciation, too. See you in the funny papers.
- Ralph

Brenda Starr – started in 1940 by female artist and writer Dale Messick, the strip continues with Mary Schmich, who draws on her journalists' background for stories, and artist June Brigman.

Judge Parker – started in 1952 by Nicholas P. Dallis (writing as Paul Nichols) and drawn by Dan Heilman, now written by Woody Wilson, and drawn by Eduardo Barretto, who worked for DC Comics.

Prince Valiant – started in 1937 by Hal Foster, now written by Cullen Murphy, who has a degree in medieval history, and drawn by Gary Gianni, late of DC Comics.

Rex Morgan, MD – started in 1948 by Nicholas P. Dallis (writing as Dal Curtis) and drawn by Marvin Bradley, now written by Woody Wilson and drawn by Graham Nolan who had previously done comics work for both Marvel and DC.
on October 05, 2006 No comments: Links to this post