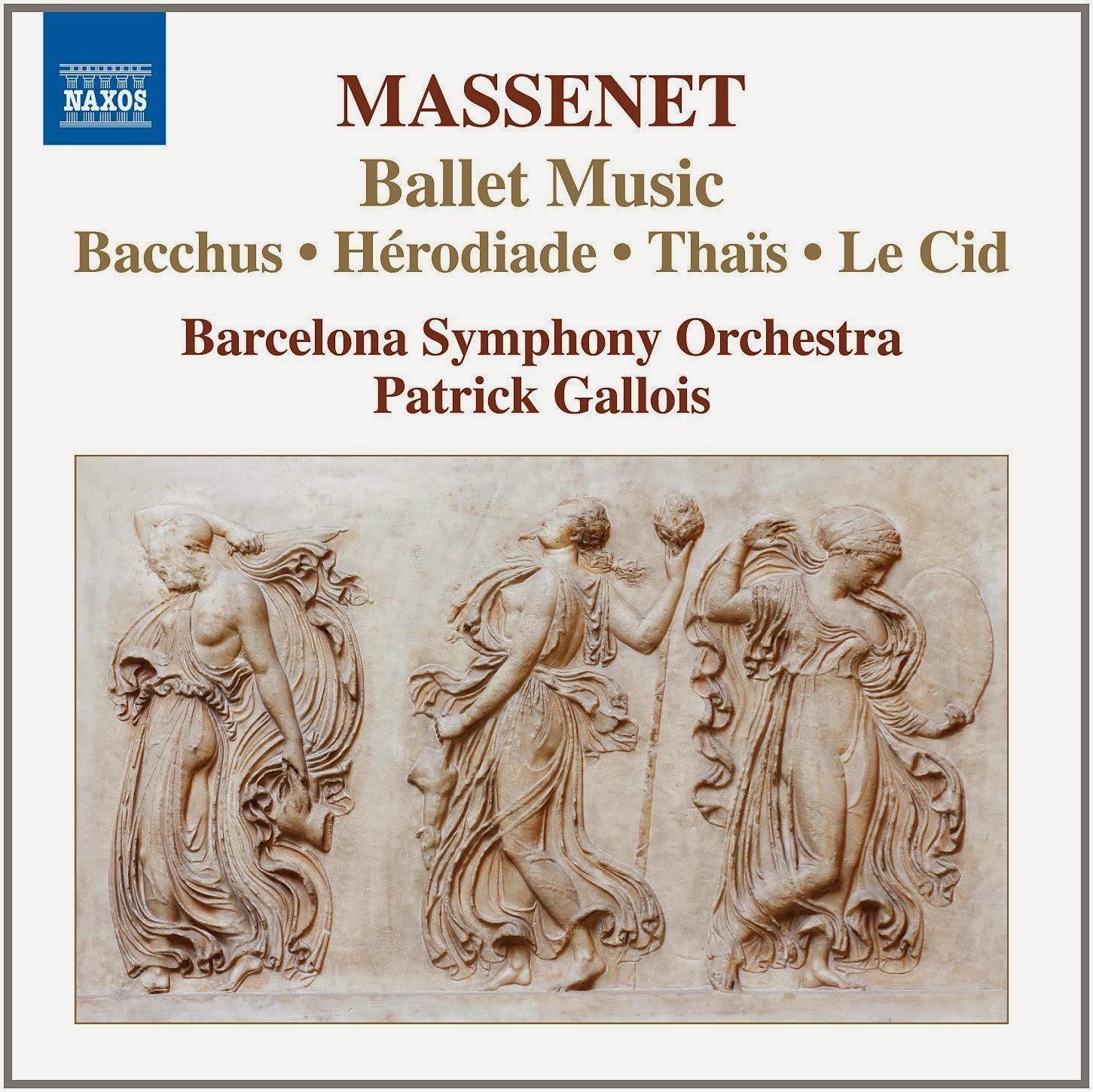 This release presents four ballet suites compiled from Massent operas. The most famous of these is "Thais," the origin of Massenet's greatest hit. The ballet music proves to be of similar quality, conveying the drama and the sensual nature of the title role, interspersed with moments of pious religiosity (there's an extended sequence for solo organ, for example).

The suite from "Herodiade" is in a similar vein, and no wonder -- the opera concerns Herod, Salome, and the death of John the Baptist. A good portion of this suite uses Jewish melodic turns to set the stage.

Lesser known are Massenet's operas "Bacchus" and "Le Cid." The former is based on Greek myth, and its ballet sequences are the most straight-forward of Massenet's works on this recording. By contrast, "Le Cid" is all about evoking the flavor of Spain (albeit filtered through a French sensibility).

Overall, this is fine orchestral music that provides a pleasant listening experience. Patrick Gallois conducts the Barcelona Symphony Orchestra in a straight-forward fashion, letting the inherently dramatic nature of the music come through on its own. Perhaps, given the location of the orchestra, it's not surprising that the suite to "Le Cid" seems to sound a little more engaging.
on January 15, 2014